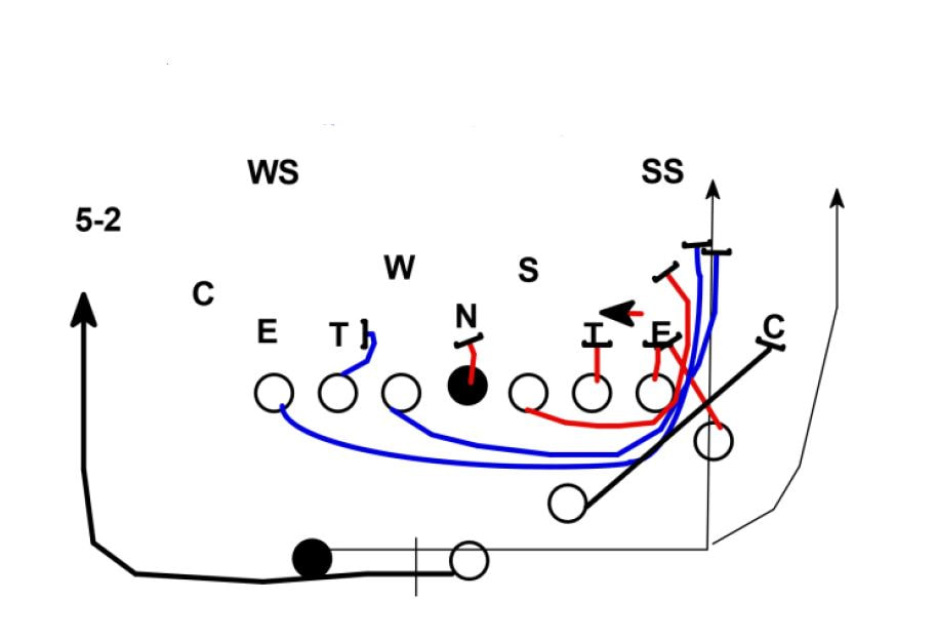 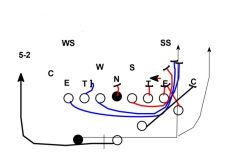 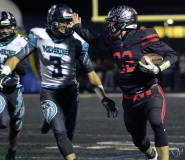 See how Coach Murphy and his staff took Clayton Valley HS (2nd largest classification in CA), a school that has been around since 1958, to the school’s first CIF Championship in history in the first year running the offense. Also, winning 2 out of 2 undefeated in League Championships. See how they took a school that was averaging 20 points a game in 2010 & 2011 to over 50 points a game and 16 running clocks in 2012 & 2013. The 126 page book has everything you need to know to run this offense from large level high school to the youngest youth level.

1. Over 90 plays diagrammed with rules for every position.

2. Diagrams and key coaching points for all blocks needed to make the offense go.

3. The multiple formations you can use in this offense; everything from the base formation to unbalanced, trips, doubles, quads and pro.

4. How to run the entire offense out of the Wildcat, Pistol and Double Wing.

5. A thorough explanation of why the offense works so well and why less talented players can beat teams they have no business competing against.

6. How to get a double team on every play and more blockers at the point of attack than the defense can assign defenders to.

8. How to snap the ball as fast as the ref places it on the ground. How to run the no huddle part of the offense with signaling the plays in quickly with no chance of the other team picking up your calls.

10. Finally and most importantly, how to make the defense wrong no matter what they do to defend you.

“The best part about the offense is our starters have only turned the ball over 7 times in 2 years (27 games) and we have only needed to punt 8 times. Also, we have put the ball in the end zone 100% of the time inside the 10 yard in that 2 year period.”