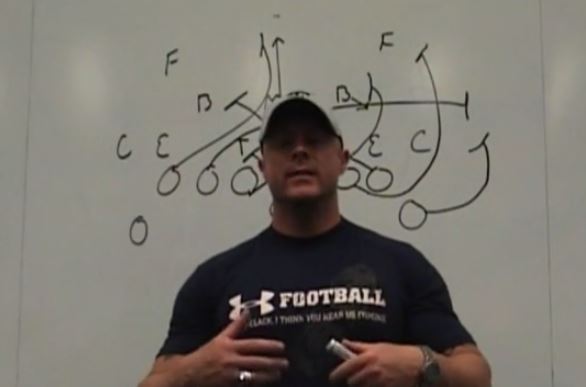 The Rocket Sweep turned out to be our best long yardage play of 2006. It literally saved us in the CIF Championship game. It is the fastest hitting outside play we have run and enabled us to get outside every week. If your wings are not as fast as you would want, this play will be your equalizer. If they can move then lookout, this play will be unbelievable. The video also includes Counter Plays, Pass Plays, Influence Plays, Off-Tackle and Off-Guard plays that all come off Rocket action. Several blocking variations are included the video as well. At the end of the video there is live game footage with end zone and press box angle film so you can see the play in action. Length: 57 Minutes

Coach Murphy’s Clovis East football team beat one of the most storied football programs in the country, Midland Lee High School of Midland Texas. It was the first time a Division 1 California team faced a Division 1 Texas team in High School History.