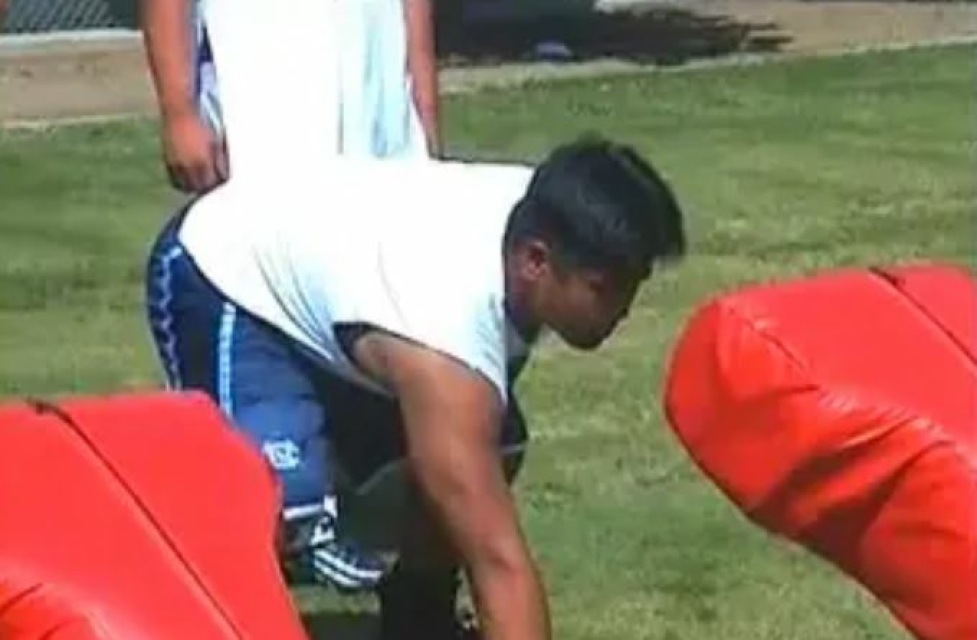 Coach Murphy’s teams have rushed for an average of 300 yards per game in the last 9 years and have a combined record of 89-17-1 (Ygnacio Valley HS and Clovis East HS). His 1999 Ygnacio Valley team still holds the all-time Northern and Central CA rushing record with over 5,000 yards. His linemen are known for being undersized and still being able to compete with some of the best defense lines in the country. This tape will show you how his 2005 team is getting prepared for one of the toughest division 1 schedules a team has ever had. Coach Murphy takes his linemen from their first step to their last in a 4-point blocking progression.

You will see his linemen go through the following blocks using this proven progression: Base, Reach, Down, Trap, Backer, Pull and Wall-Off. This is not an X’s and O’s tape, it is actual film of his players going through their progression with on the field demonstration as Coach Murphy explain each step in detail.

“When it comes to contact, this progression is the best thing we will do as far as getting us prepared for the season.”